Plexus Co.,Ltd and euphonic,inc. is proudly announcing the release of the e-Book version of Daido Moriyama's legendary series "RECORD : No.28" on December 8th, 2015. "RECORD : No.28” Snap collections from Taiwan, turned out to be the largest volume in terms of pages among all the "RECORD" series.

"I realized again that my photos of Shinjuku, ...all have their origin
in that one photograph - Nicéphore Niépce's View From the Window at Le Gras. "


DAIDO MORIYAMA   (Experts from the original text of Record No.28)

”The various cities and villages across Taiwan that I passed through, and the sights of people and landscapes along the road, rekindled all kinds of memories as I captured them on film, while at the same time implanting a lot of new memories in my mind.”-DAIDO MORIYAMA (Experts from the original text of Record No.28)
e-Book version of the self-published photo journal "RECORD : No.28”, originally published in June 2015..
"I have no choice but to think once again about myself, about photography, about the world, about the stance of photographing things, and about the significance of snapshots."
The book contains 192 pages of shots, which turned out to be the largest amount of pages in the history of“RECORD”series, which were all taken in Taiwan on early summer of 2014, starting at Kaohsiung, and traveling the 400km journey northbound through Tainan, Chiayi, Taichung, Taipei, and Keelung connecting each city. 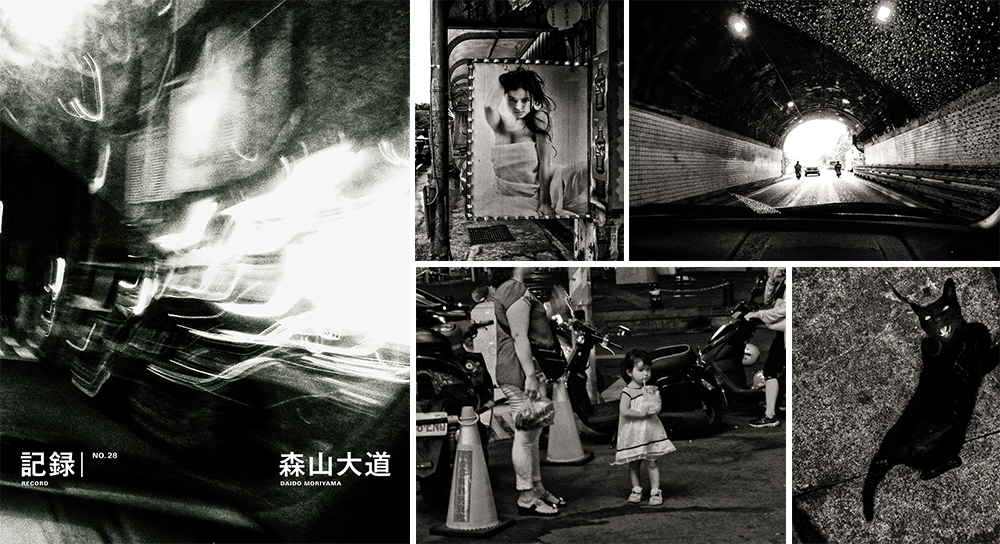 What is DAIDO MORIYAMA's "RECORD"?
"It was 34 years ago, back in 1972, that I came out with the self-published photo journal 'Kiroku.' At the time, I was busy with all sorts of work for magazines. Partly because of a daily feeling inside that I shouldn't let myself get carried away by it all, I came up with the idea of a small, self-published personal photo journal. Without any ties to work or any fixed topic, I just wanted to continue publishing a 16-page booklet with an arbitrary selection of favorite photos among the pictures I snapped from day to day. By nature, it was directed first and foremost to myself rather than other people. I wanted a simple, basic title, so I called it 'Kiroku' (record). "
However, the publication of 'Kiroku' sadly ended with issue number five. Now, thanks to the willpower and efforts of Akio Nagasawa, 'Kiroku' the magazine has resumed publication. Or rather, we should call it a fresh publication. With the hope that it will continue this time, I am selfishly thinking of asking Mr. Nagasawa to publish 'Kiroku' at a pace of four issues per year. I happily accept his proposal and look forward now to embarking on a new 'voyage of recording.'"- Daido Moriyama
e-Book version of "Record series" was originally released in June, 2013 domestic in Japan, and it has been released worldwide in September, 2014 from Apple iBookstore and Kindle Store. e-Book version of "Record Series" will continue.

RECORD¦Movie in LONDON
Vimeo On Demand
Now on Sale 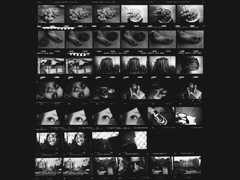